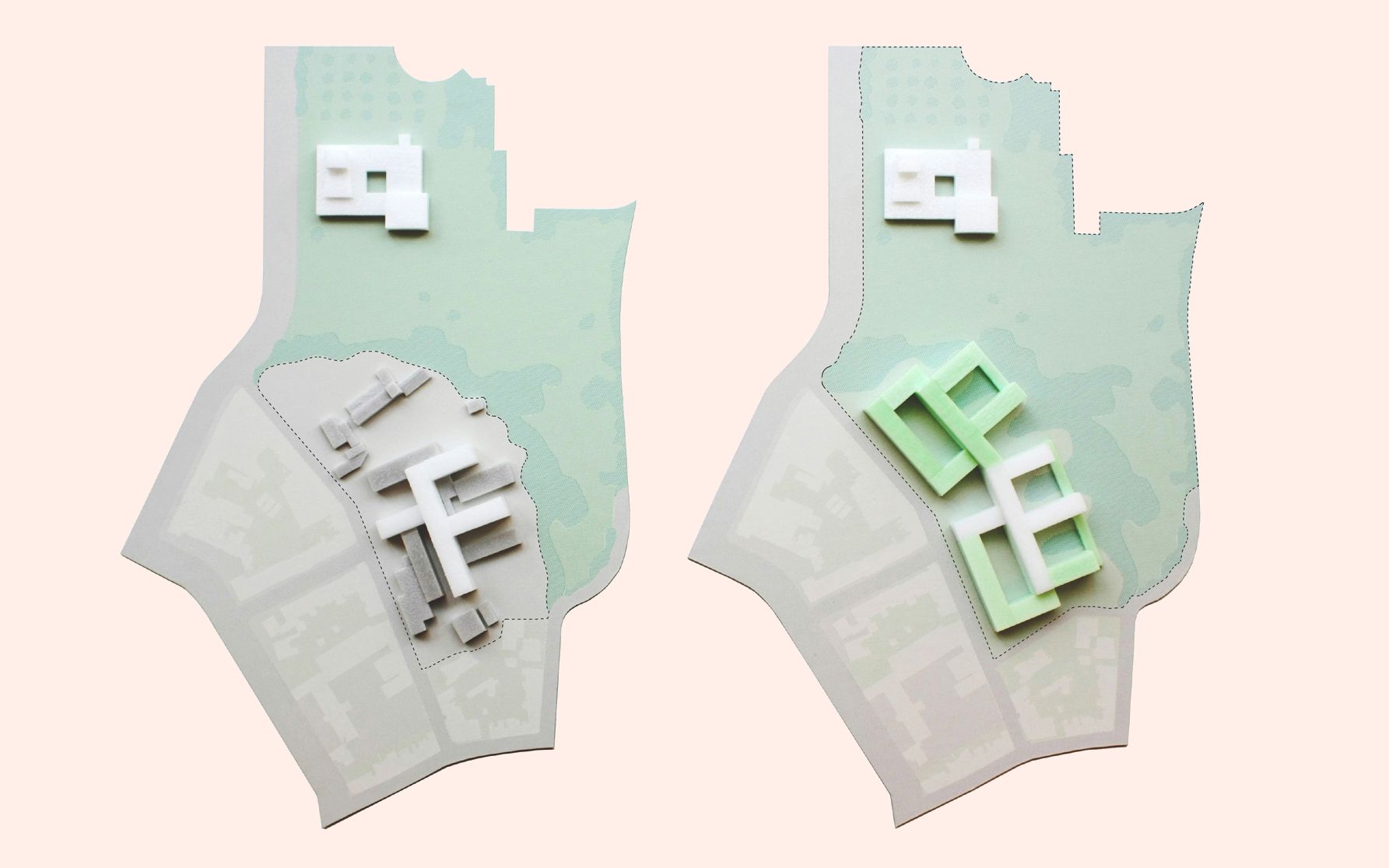 With the construction of the Nieuw Eenheidsziekenhuis, Hasselt will soon lose its Jessa Ziekenhuis in the city centre. As a result, it will also bid farewell to an influential urban healthcare facility that has contributed to the vibrancy and dynamism of the city centre. There are plenty of examples of isolated care campuses outside the city centre, the most recent of which is in Kortrijk. This choice seems to run counter to the need for more urbanity in Flanders. Is there still a role for healthcare in Flemish city centres?

The hospital landscape must change

During the recent election debates on healthcare and welfare in Ghent, there appeared to be considerable consensus between the major political parties in Flanders. Political leaders argued in favour of clustering care. Not all hospitals should be expected to offer all types of care in the future – a logical assumption, given our shrinking healthcare budgets. Vzw Jessa Ziekenhuis is one of the largest Flemish cluster hospitals today. With two campuses in Hasselt (Virga Jesse and Salvator) and one in Herk-de-Stad (Sint-Ursula), Jessa Ziekenhuis wants to be the preferred hospital within the wider region. This organisational model appears to fulfil both the cluster ambition and the search for efficiency gains. From 2020 on, there is a plan to physically unite the hospitals as well. Preparations for a unified campus at the current Salvator site outside the city are well underway and will cost an estimated 520 million euros. The question of whether this change will generate any urban benefits for Hasselt is no longer being posed.

A future at the current Virga Jesse campus in the city centre is no longer being considered. The future or redesignation of this site is not a priority for the board. What was originally built in 1960 as a model city centre hospital, is virtually unrecognisable today. The Virga Jesse campus has developed spatial metastases. A proliferation, typical of Flanders. The site reveals a collection of in-the-moment solutions. It is part of our Flemish culture to respond pragmatically to our spatial needs with little consideration for the future. This is not a problem when it occurs in our own back gardens, but it hints at a perceived lack of space at Jessa Ziekenhuis.

A design study revealed that the Jessa campus could indeed enjoy a longer lifespan in the city centre. According to a model, the current surface area could be almost doubled with a phased demolition and a structured replacement building. By keeping the hospital in the city, the public mission can be expanded, and new urban opportunities could arise. New functions such as a care hotel, doctor's offices, a nursing home, a training centre, or a wellness facility could be housed within the new ‘city hospital’. As an urban project, it has the potential to contribute to the quality of the public domain. The model leads to a scenario in which city and park are expanded and physically connected. This model features seven outdoor spaces around which a new programme is organised. Tripling the number of parking spaces can help alleviate the parking congestion in the neighbourhood. By shifting this underground (under the new extensions), the ground level will be cleared and greened.

The medical board of Jessa Ziekenhuis recently expressed their dissatisfaction with the move, claiming the new location was too small and poorly accessible. These are valid concerns. The renovated and expanded car park could also meet an important citizen initiative that recently came to light. The action group Red het stadspark (‘Save the city park’) protested the plans to build a car park under the city park. As a neighbour of the city park and a potential user of the new car park, Jessa Ziekenhuis was closely involved in the debate. The lack of input permitted by the city was not appreciated. The autonomous municipal company has temporarily shelved the permit application. These issues will no longer apply, as the extra parking capacity can in fact be accommodated on-site.

In short, a care campus with a combination of care functions and a distinct urban mission is possible. More hospital. More care. More park. More city. As yet an untapped future perspective. Apparently, we lack the courage to design urban healthcare, even though there is plenty of space for it.