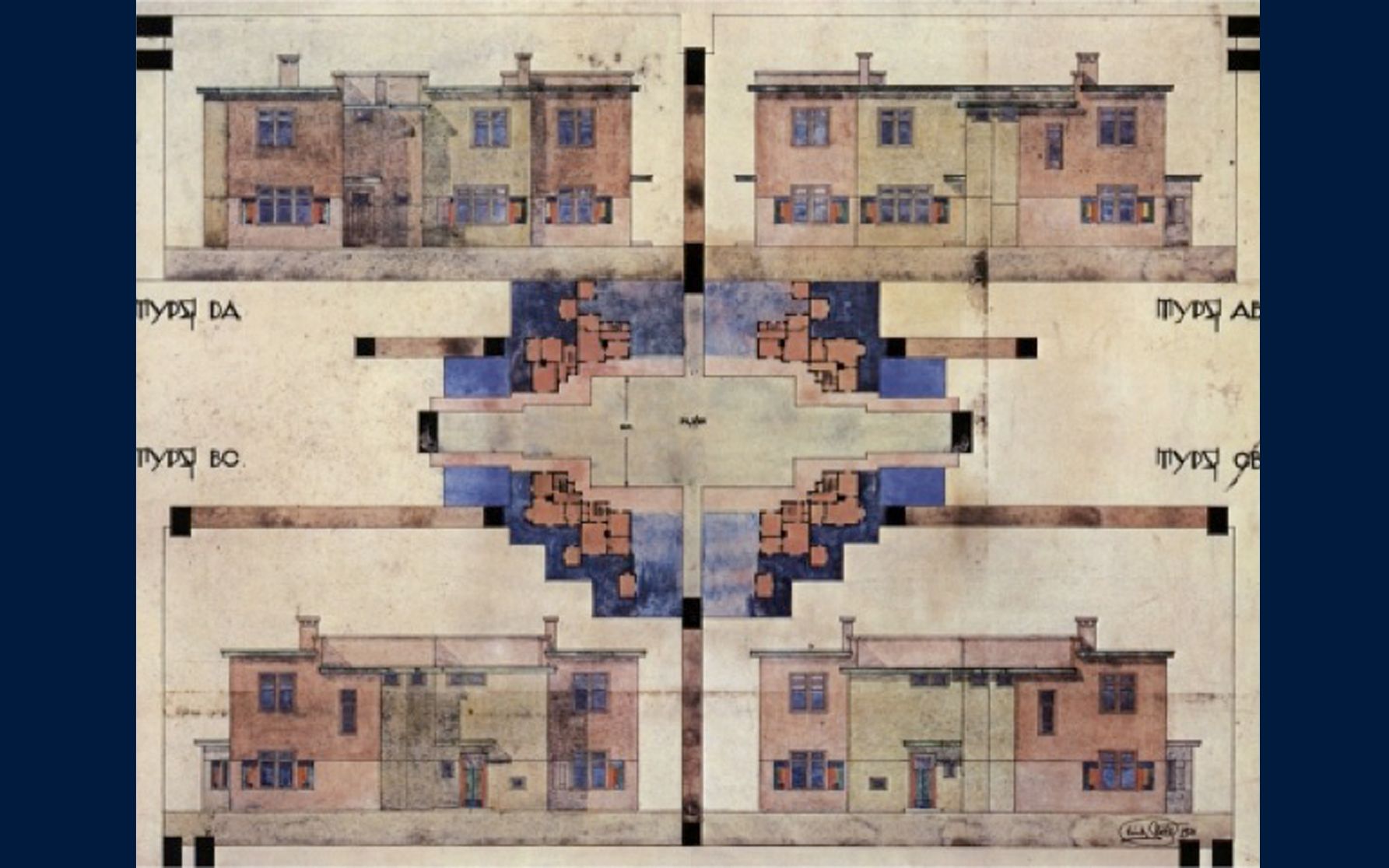 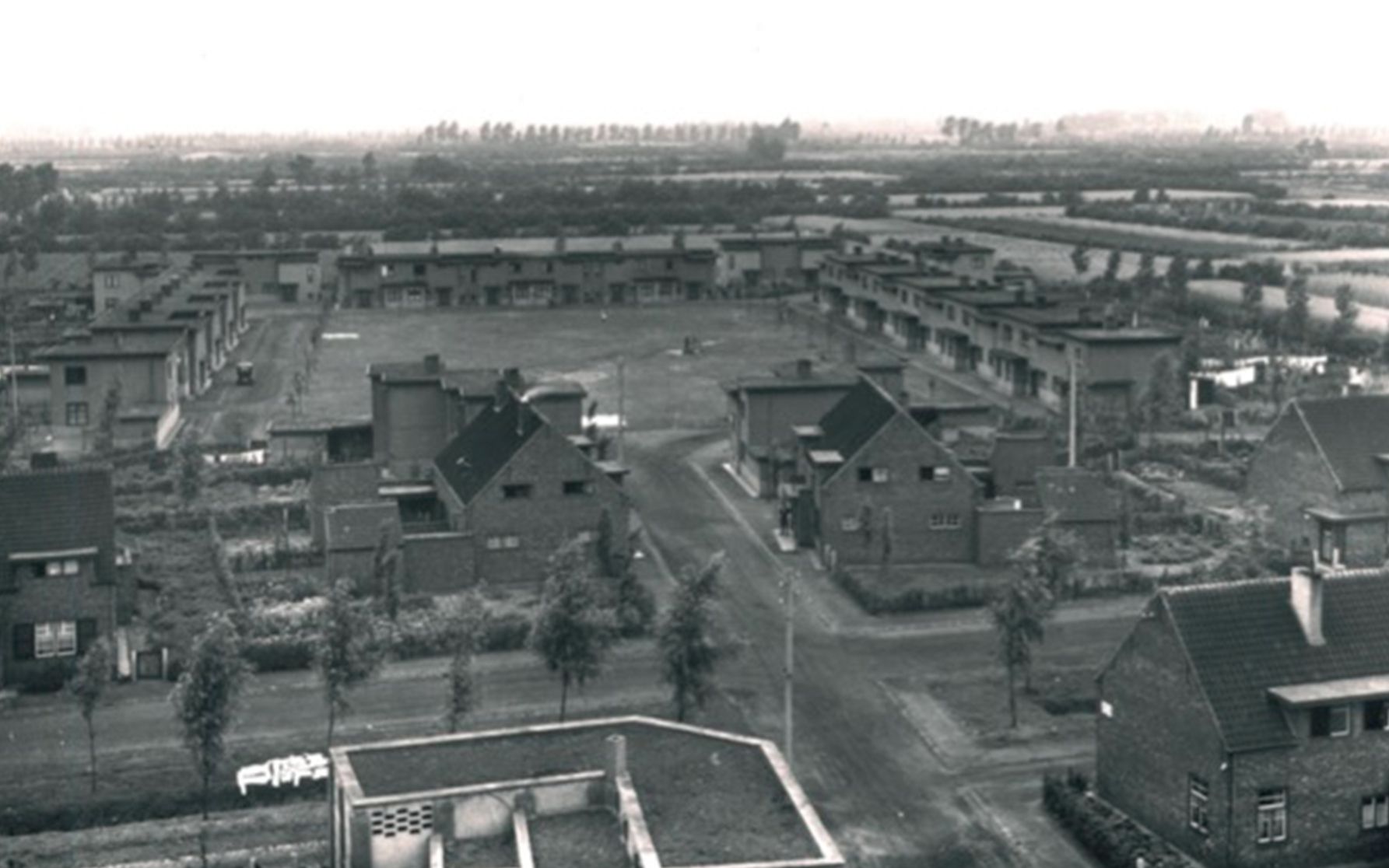 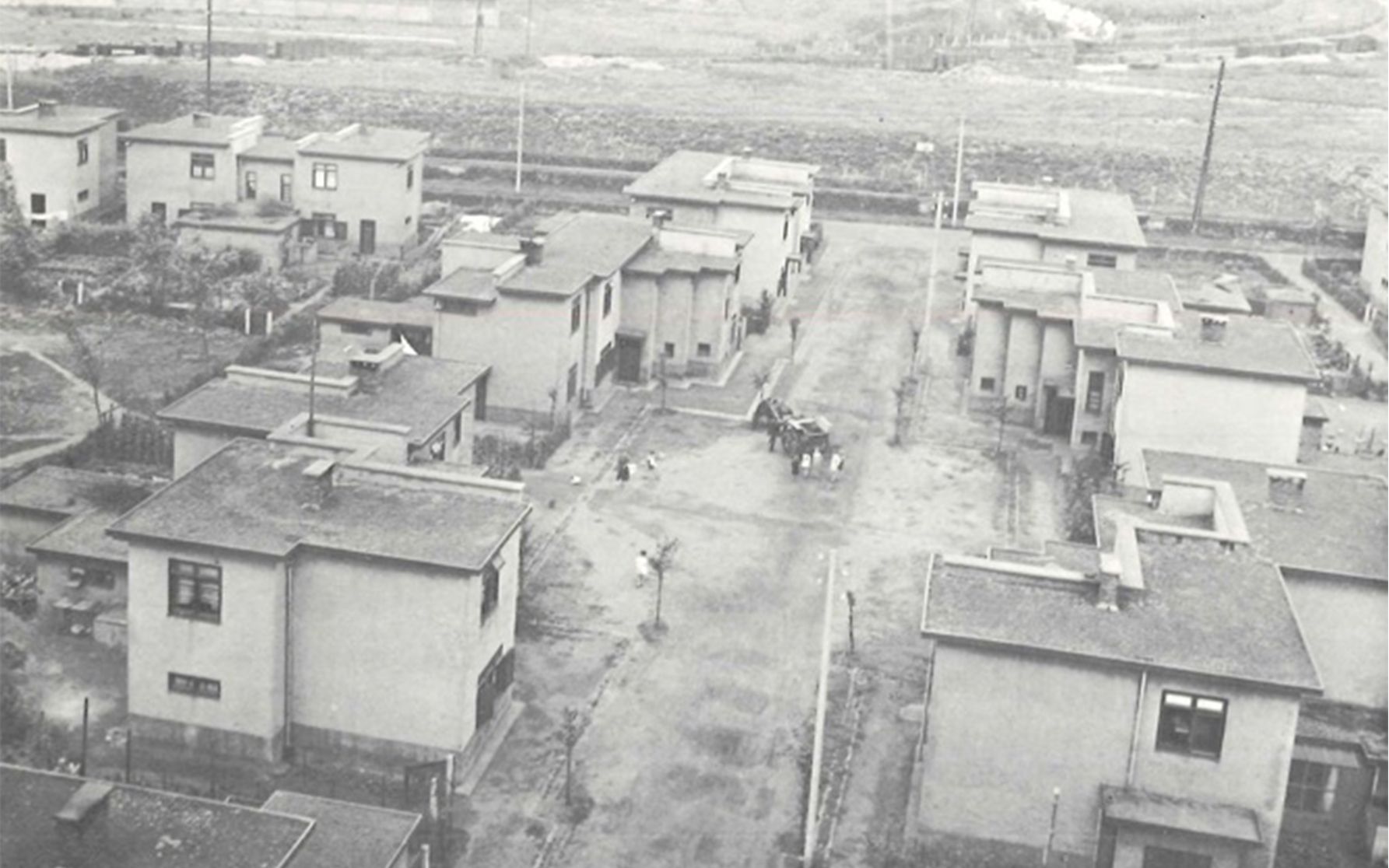 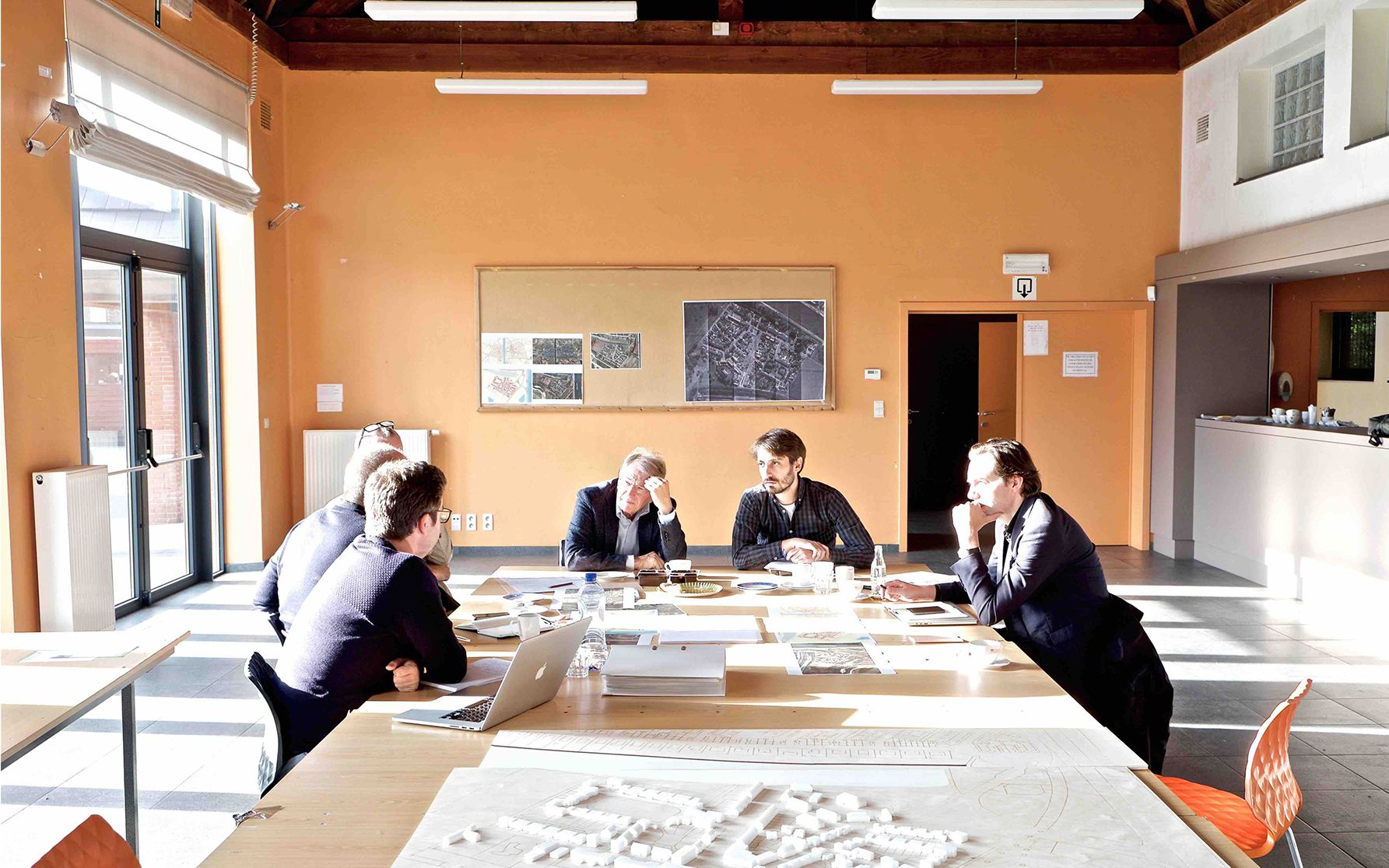 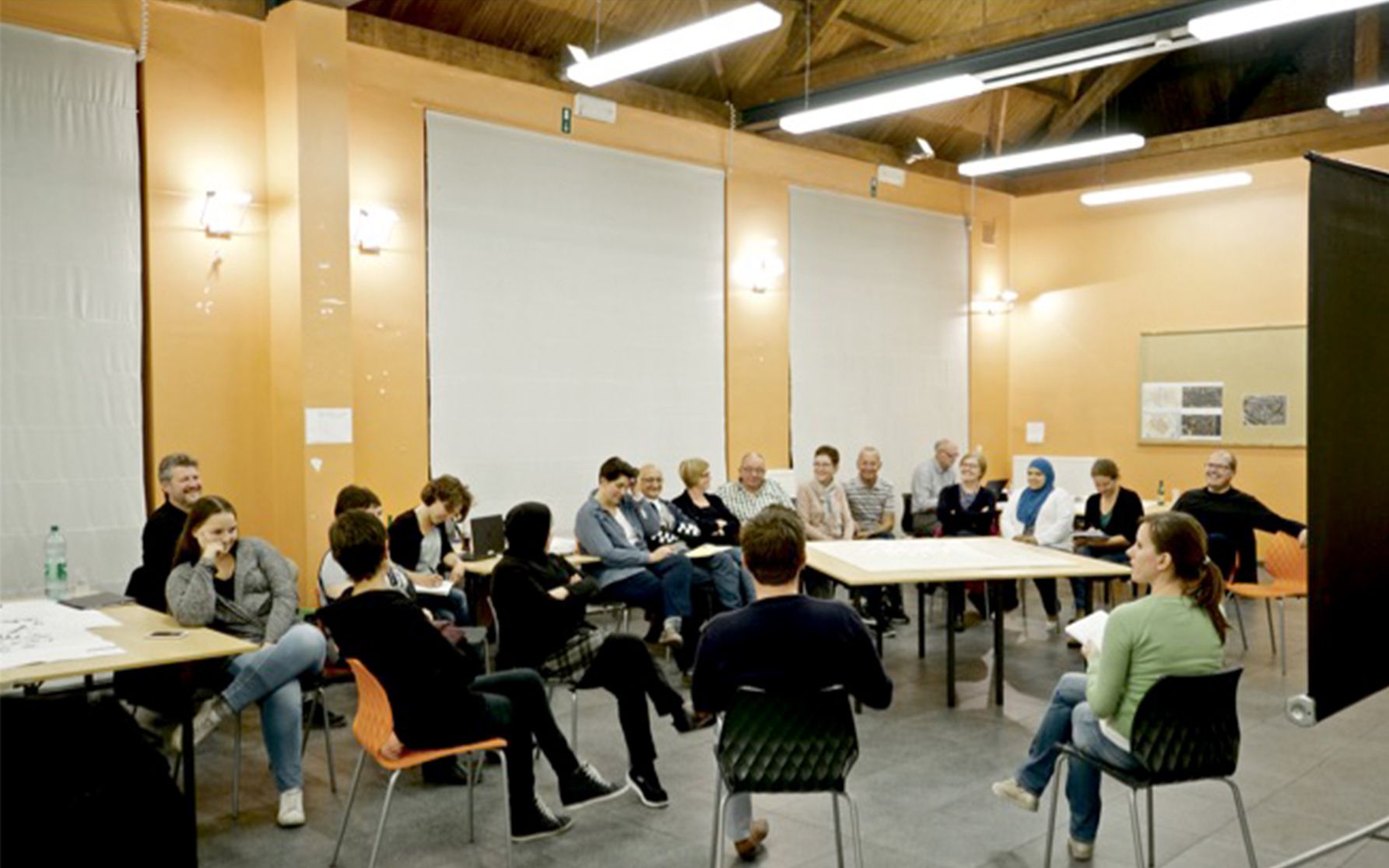 Klein Rusland is a canal village and district in Ghent's harbour region. The garden district emerged during the interwar period as a new type of society and a new form of social housing. Due to its unique character, the garden district was included in the architectural heritage inventory and four houses were granted protected status. In terms of urban planning, however, the district is also isolated from the heart of Zelzate and other residential areas, cut off by the E34 motorway and tunnel, the R4-west, the Ghent-Terneuzen Canal, and the surrounding industrial estates.

A solution for the residents of this social housing district was regularly debated and studied, but very little actually happened on the site. The quality of life is therefore noticeably deteriorating, in sharp contrast to the other canal villages.

All of the residences in this valuable architectural and urban planning district are in mediocre to poor condition. The key reasons for this are inadequate home maintenance and poorly executed interventions to improve the experimental ash-based concrete techniques, such as brick retaining walls and damp solutions. As a result, the houses are damp and extremely run down.

Due to the isolated location of the district, cut off by infrastructure and industry, as well as the poor condition of the houses, nearly a third of the 220 homes lie vacant today. The district is rapidly declining and the social cohesion that once existed has all but disappeared. For the social housing corporation cvba Wonen, which owns almost the entire neighbourhood, the situation is urgent. The industrial environment is slowly being cleaned up, reducing the inconvenience for residents. The green garden district was once an example of innovative architecture.

Much-needed interventions to improve or replace the houses aren't happening fast enough. Reasons for this include the spatially isolated location which reduces the appeal of the neighbourhood, the heritage value, the unclear restoration status and associated financial responsibilities, the regional financing conditions for social housing, and the reservation strip to connect the E34 with the Zeebrugge-Antwerp port rail line.

Nevertheless, Klein Rusland is still home to some 250 residents. It is still a green garden district and a unique example of urban planning and architectural development from the twentieth century. The industrial environment is slowly being cleaned up, which is reducing the inconvenience for residents.

The Flemish government recently decided to further develop this fifth alternative as the preferred course of action. A suitable farewell to the area with a fitting timeline is currently being explored, as are the opportunities to find the residents a suitable and high-quality local alternative. The emptying of the Klein Rusland district could help to strengthen the residential centre of Zelzate.