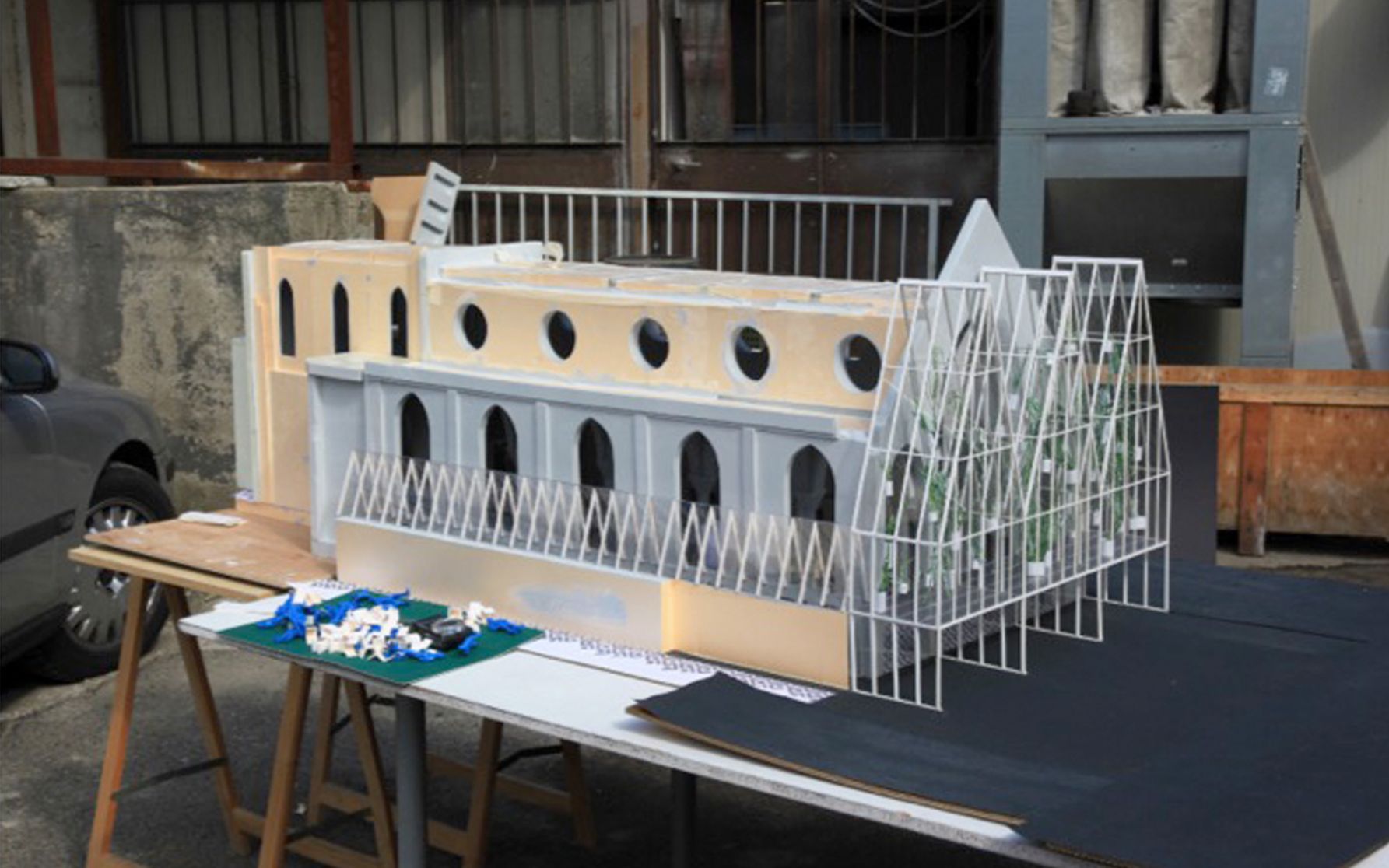 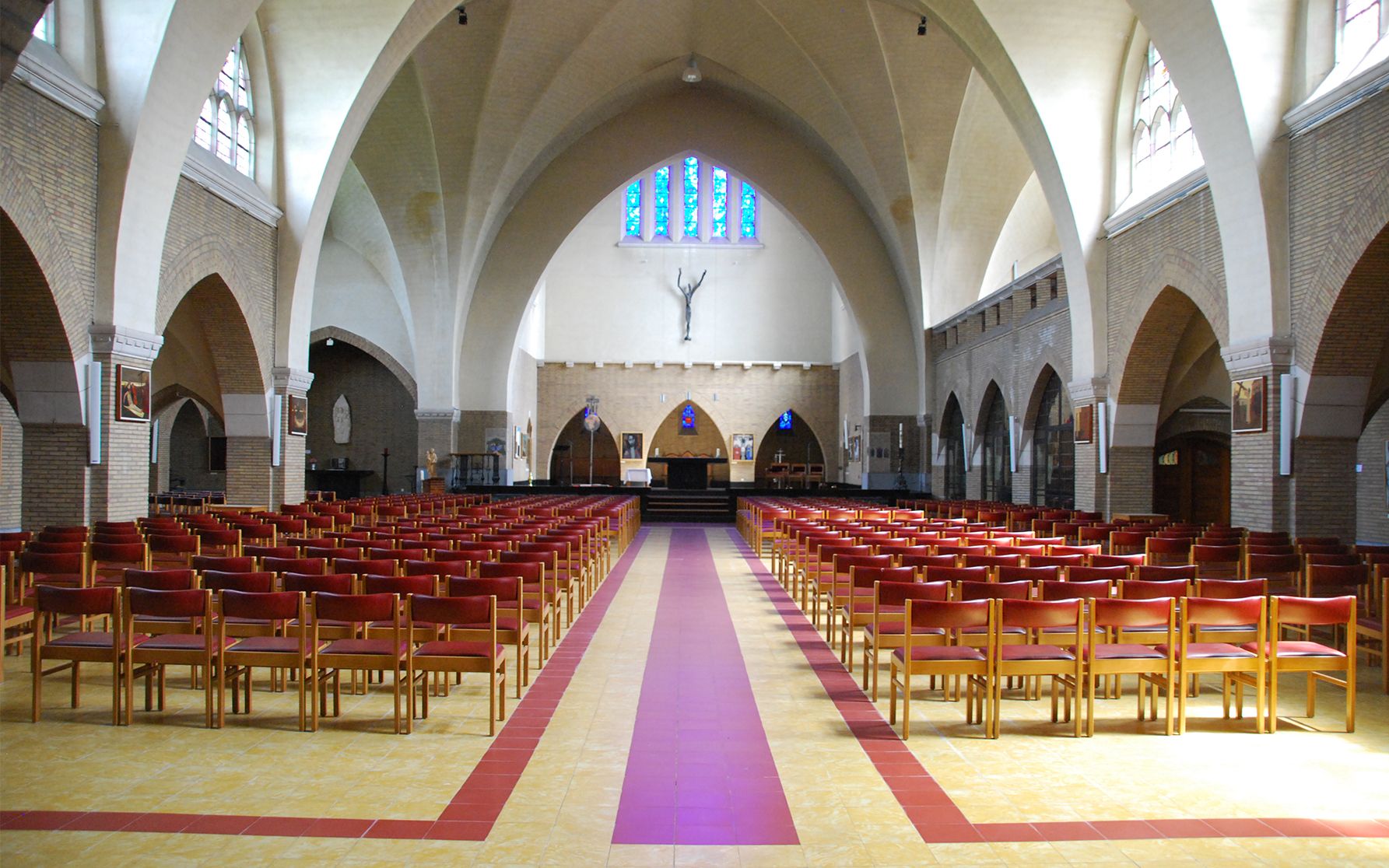 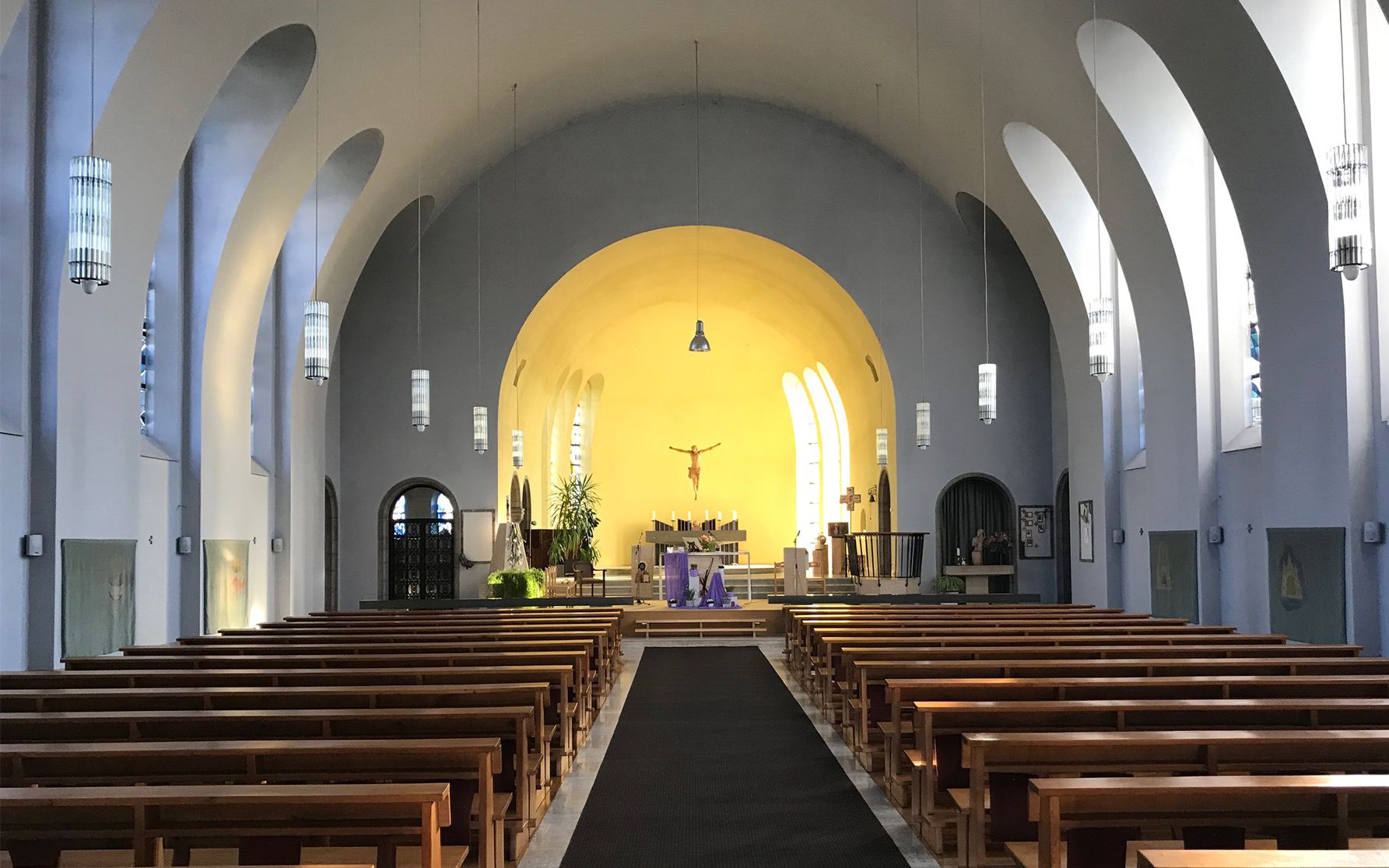 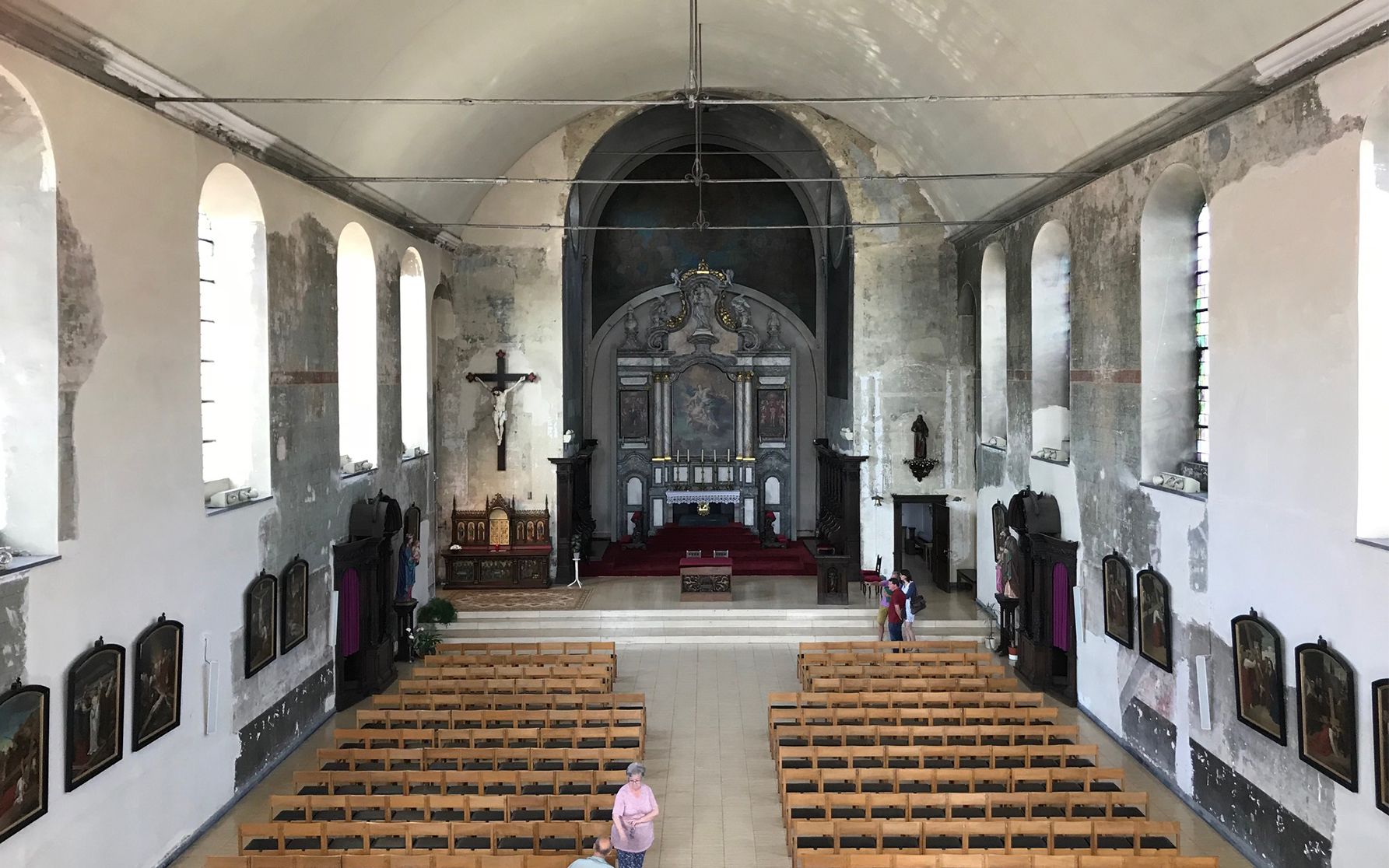 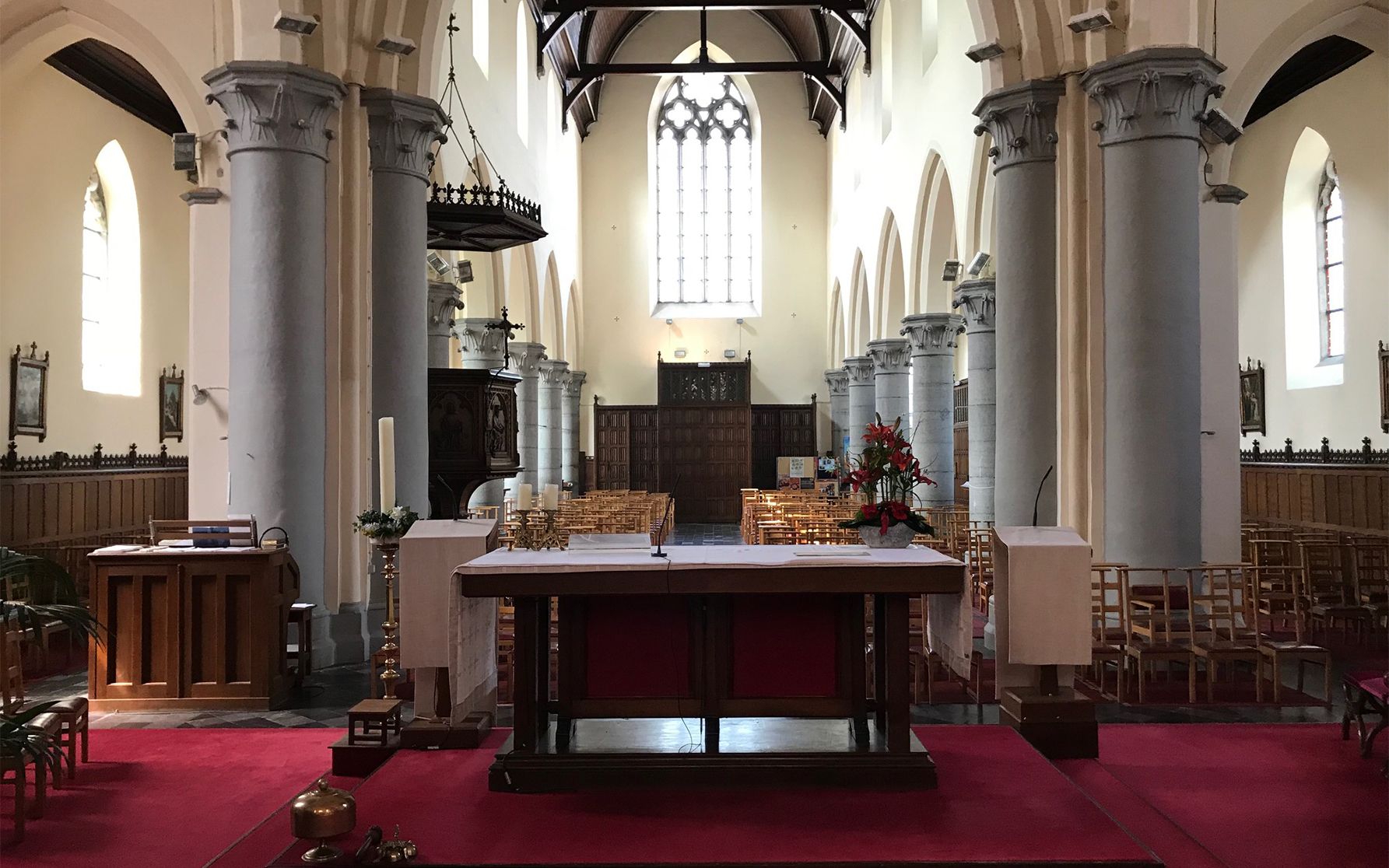 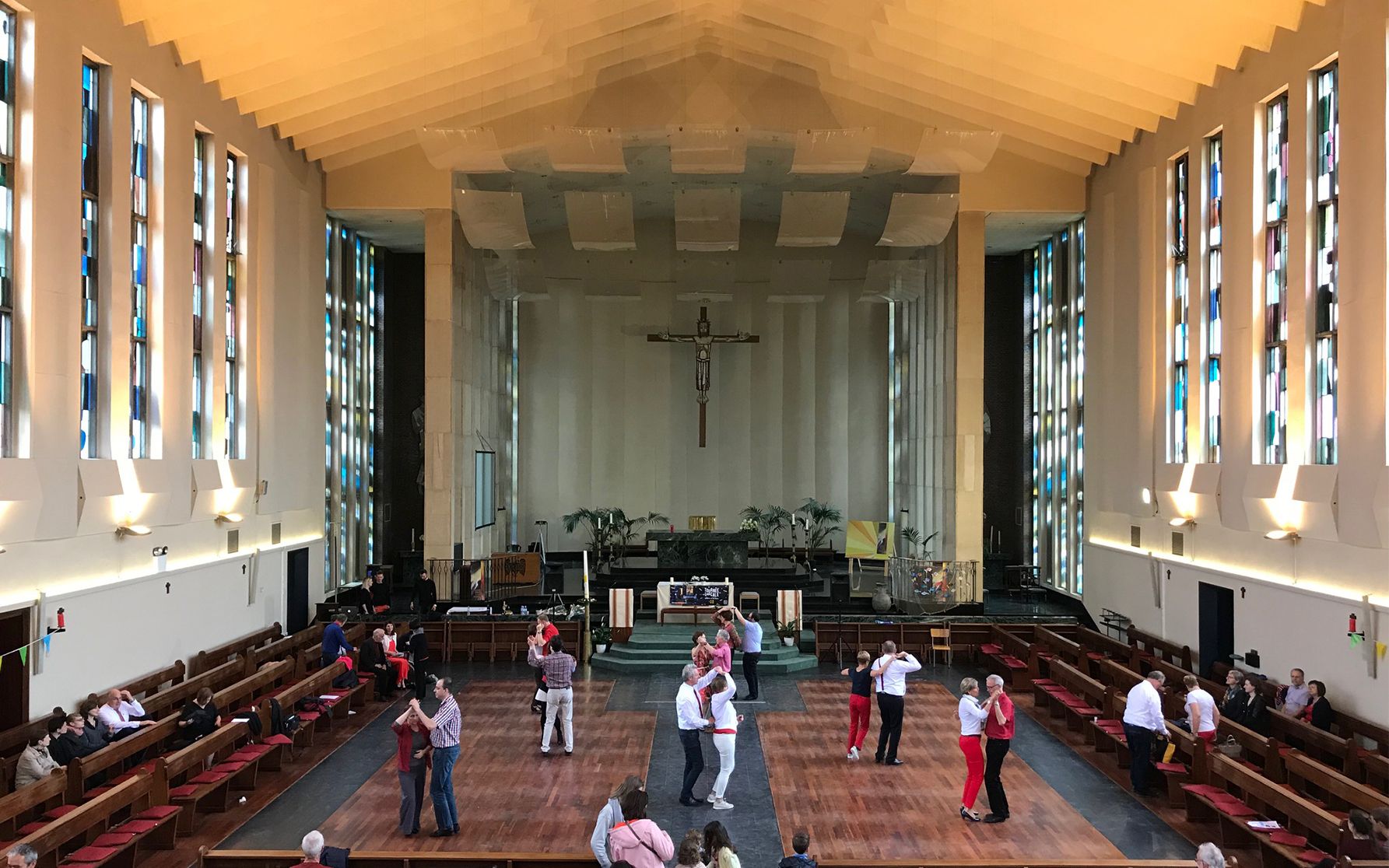 A parish church is a space that is, in principle, open to all. As a public space, it offers great potential, especially for the local community of believers. In addition, considering the general consensus on the need to make parish churches more relevant to the community as a whole, it is clear that these buildings also have potential for non-believers. But exploiting this potential is not a simple task. Parish churches are in danger of becoming obsolete (if this has not happened already). Their future is often unclear. Moreover, the current plans for parish churches are not always a blessing for the buildings themselves: even in cases where there is a specific insight into a new interpretation of a parish church, this does not necessarily mean that the final result will do justice to the building and the local community. But if high-quality architecture is combined with a special focus on social processes (also at a very local level), there may well be a bright future for the buildings, whether this involves listed monuments or slightly more mundane twentieth-century district churches.

Construction, in itself, need not be a dogma set in stone. We do not advocate an attitude of spatial determinism: a new intervention in a parish church will not automatically solve all problems (low occupancy, shortage of priests, high operating costs, etc.). Our team’s main intention is to prevent church buildings – which often have exceptional and rare architectural qualities – from being hampered by new interventions, especially if these interventions subsequently prove unnecessary or too drastic. In case of shared use, for example, the following applies: if the pastoral activity continues to decline until the priest, and with him the pastoral activity, disappears, the division between the sacral and the non-sacral part was actually for nothing in retrospect.

The fact that we are critical of architectural interventions does not imply that we do not believe in them at all. On the contrary: a strategic intervention can indeed generate a new dynamic. The trick, however, is to correctly assess and find a balance between the intervention itself and its produced effect. Ideally, an architectural intervention could help mobilise an additional or new support for the church building but it does not always work in this way, and certainly not automatically. It is therefore advisable to clearly examine the relationship between the architecture, both old and possibly new, and the potential support to be gained.

We combine a financially frugal view with a social standpoint, while respecting both the special features of the church building as well as the local community of believers and non-believers. The team attempts to bring about financially viable interventions (in other words, those which use government funding sparingly). It does not want to spatially disadvantage the buildings (to ensure that the community can still see their potential) and it tries to make people actively conscious of the drawbacks as well as the opportunities offered by the buildings (in relation to obtaining an increased or broader support). In addition, from a broader urban planning perspective, we try to realistically manage the spatial demands. By the latter, we refer to the fact that Flanders has an overabundance of community infrastructure at many places. There are cultural centres, community centres, parish halls, schools and other major institutions that open their doors to the public even after hours. Perhaps the connection, as it may exist in the minds of local parties, between a specific demand for space and the space offered by the church building is no more than a forced attempt to ‘at least do something’ with the church building? Perhaps this need can be better met by another building nearby? Our team would like to avoid mere short-term thinking, the so-called quick wins.

Time as a true building block

While recognising the complexity of the challenge, we also acknowledge the fact that the calibrated solutions presented in the Flemish discourse on the future of the parish churches may not be sufficient. Therefore, we have developed a realistic vision that explicitly takes into account the aspects of time, support and management. In addition, the team also pays attention to the more obvious aspects such as the context and the features of the building itself. There is also a specific focus on examining the possibilities of opening up the buildings to the public more often and more frequently, even for occasions other than celebrations.

We value the concept of time as a true building block. Making a distinction between measures for the short term (such as providing sanitary facilities and a kitchenette in a side chapel), medium term (such as organising multifunctional use on a daily or weekly basis) and long term (a decision for repurposing the space) is part of this. In addition, the temporary use of church buildings – if properly managed (see below) – can be a useful option. It is often better to test something out practically than to hope that the architectural intervention will automatically lead to increased use, increased income and a more balanced operating costs regime. Last but not least: perhaps at a later stage, better, more feasible or more interesting purposes for which the church building can be used will present themselves. It would be a shame if by then the church building is taken over by a drastic architectural intervention. Even if such an intervention is reversible: removing it would involve a huge loss of money. Therefore, rushing into major interventions should not be seen as the only solution.â€¨

As far as the aspect of support is concerned, our team takes its cue from the second part of the book Het open kerkgebouw (The Open Church Building) by Sylvain De Bleeckere and team member Roel De Ridder. The team considers and explores the support aspect in relation to the management of the future church building. By organising participation sessions, it is possible to identify local knowledge and commitment, and subsequently make use of those in a repurposed church building. The team gives priority to management over use. Some form of management will always be necessary if the church building is to remain a beacon in the local landscape or an anchor within the district. The use is merely determined by the ever-changing relationship between the support for the church and the church building (cf. the above-mentioned book). Without proper management by actual people such as the church council or others, possibly determined via the participation process, an architectural intervention makes no sense.

The team interprets the context aspect at an urban (and also explicitly social) level. This includes elements such as the spatial context, public support, demand for space that can possibly be met by the church building, and the pastoral reality. In order to make strategic design decisions, knowledge of the broader context is essential and participation methods are very useful for systematically exploring and responding to the context. The group never loses sight of the architectural and heritage features of the building – the entire working method is geared towards appreciating and protecting these features that have become rare over time. Attention is also paid to the immovable property. Finally, the team is thinking of ways to open up the building more often, either partially or wholly.

Our team’s pragmatic social approach has several advantages: making fewer interventions is cost effective, it barely mortgages the future of the building (or not at all), and it respects both the architectural heritage as well as the movable property. Architecturally, all kinds of minor interventions are possible, such as heating systems via furnishings) that will significantly increase the usability of the building in simple ways. Secondary use could also be a meaningful option, since a form of management is already present with its own channels of funding that can be continued and strengthened with new support, and if necessary, a new form of management. The relevance of the building – not least of all from the perspective of the city or the municipality – can be enhanced and the building can be run jointly. The team takes into account the pastoral reality as well: in many places in Flanders, it is clear even today that in a few years far fewer church buildings will still be served by a priest. However, more often than not, a secondary use will only be an interim solution.

This is why our team places an even greater store on future growth scenarios than on secondary use. By not investing too much in the buildings at present (also because there may be little real demand for space at present), the parish church retains its potential and no bridges are burned. However, this does not mean that the team applies the principle of ‘not-building’ as a dogma. On the contrary, it is all about strategic construction. A few and relatively minor interventions (which also make maximum use of existing features: why add a new box-in-the-box if the sacristy or a side chapel can also serve the same purpose?) such as providing for a kitchenette, proper sanitary facilities, smart technologies, acoustic panels in strategic places, etc. can sometimes be highly effective.

Parish churches have their own management structure. They are run by a public administration (a church fabric committee) that does not necessarily own the churches, as in some cases the city or municipality may be the owner. While Flanders, its towns and municipalities and the church administrations are reflecting on the future of the parish churches, the dioceses are redrawing the pastoral map. The so-called ‘pastoral units’ will become larger than the current parishes – parishes will therefore merge – and these new larger structures will also probably develop into legal entities. As a result, the church fabric committees will cease to exist. This makes it more difficult to provide a project definition when requested. Who is the client in this case? And what if the client ceases to exist? At present, it is not very clear how the church buildings will be managed; the management aspect is also not that clear-cut for all parish churches. Hence, a flexible approach is required.

Our collective wants to proactively collaborate with the public authorities (cities, municipalities, church councils) about different forms of management. Forms of management analogous to the present situation, i.e. working with volunteers, help reduce costs, but are no longer possible at all places and at all times. A joint management may be financially attractive, but may also be difficult in terms of organisation. Options such as renting or leasing out the building may be considered as well. In the end, creative management implies a design challenge for us too.