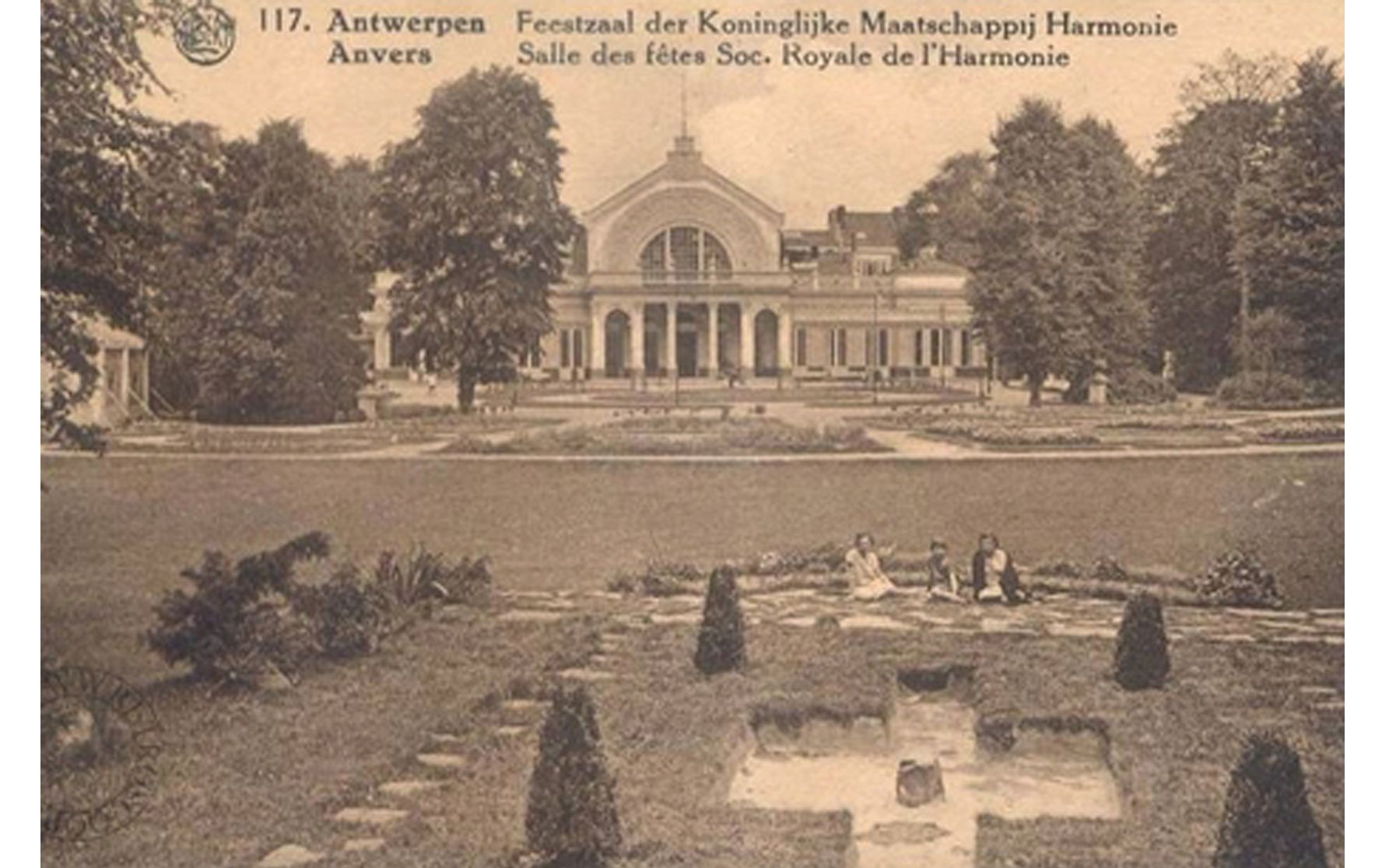 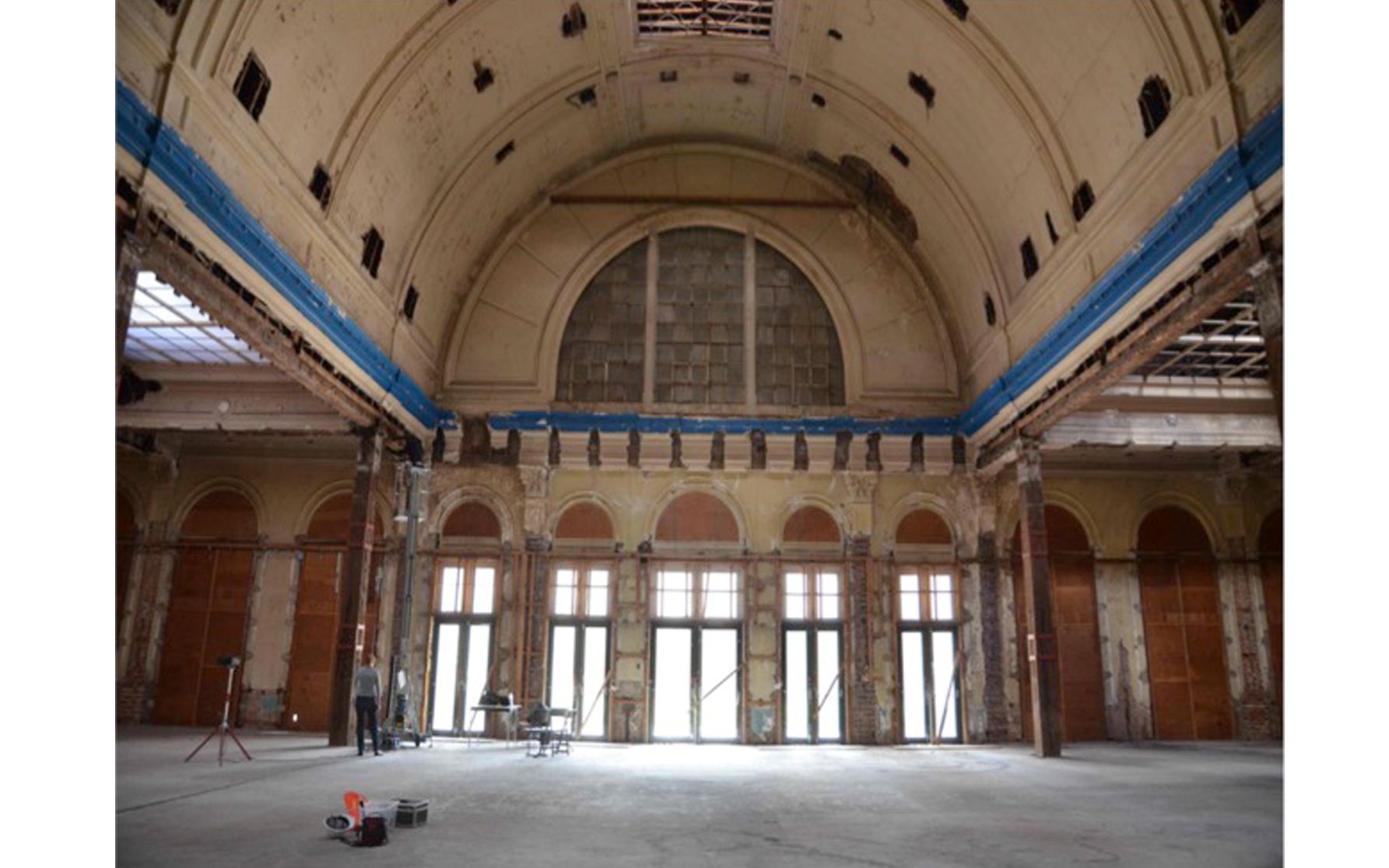 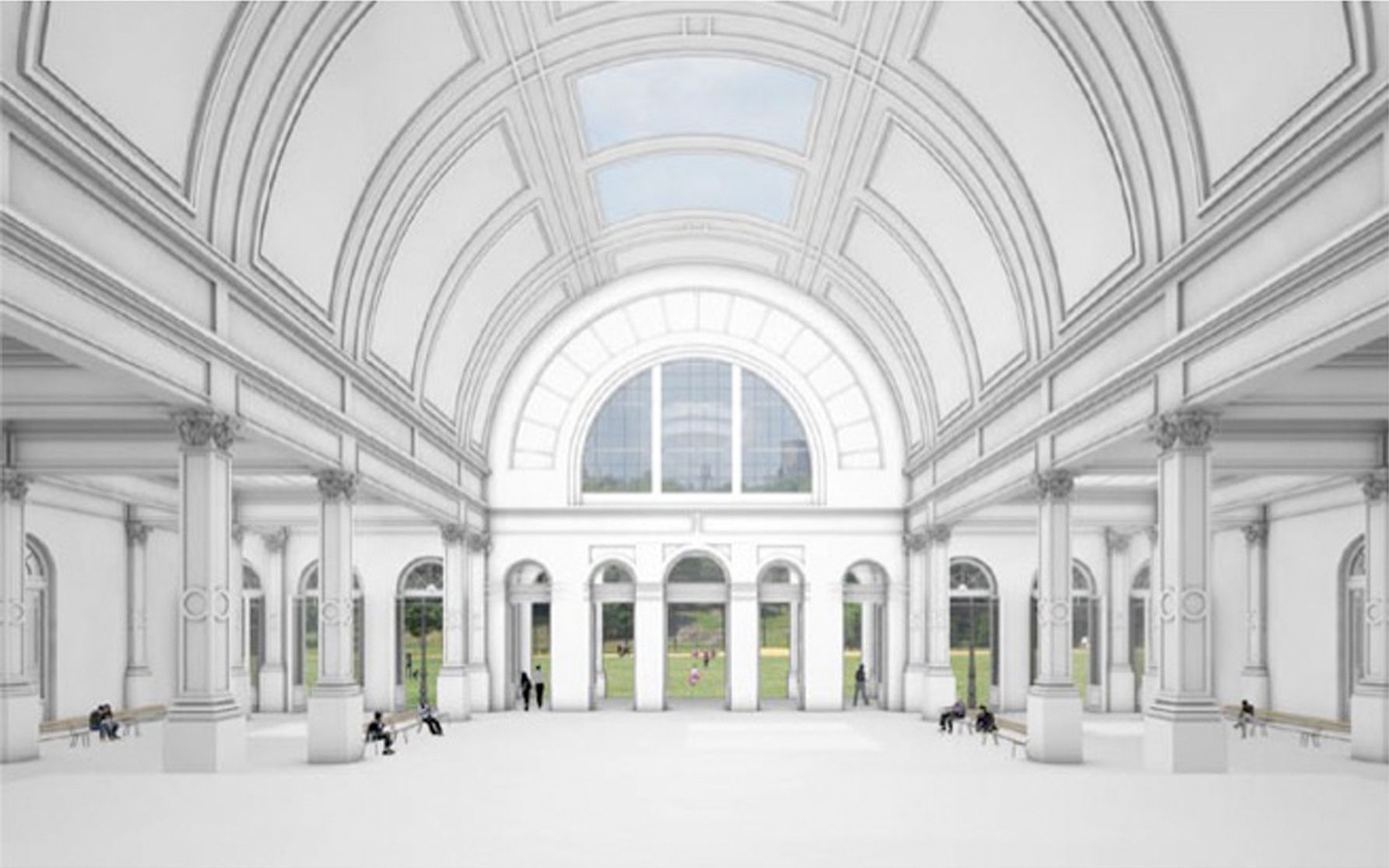 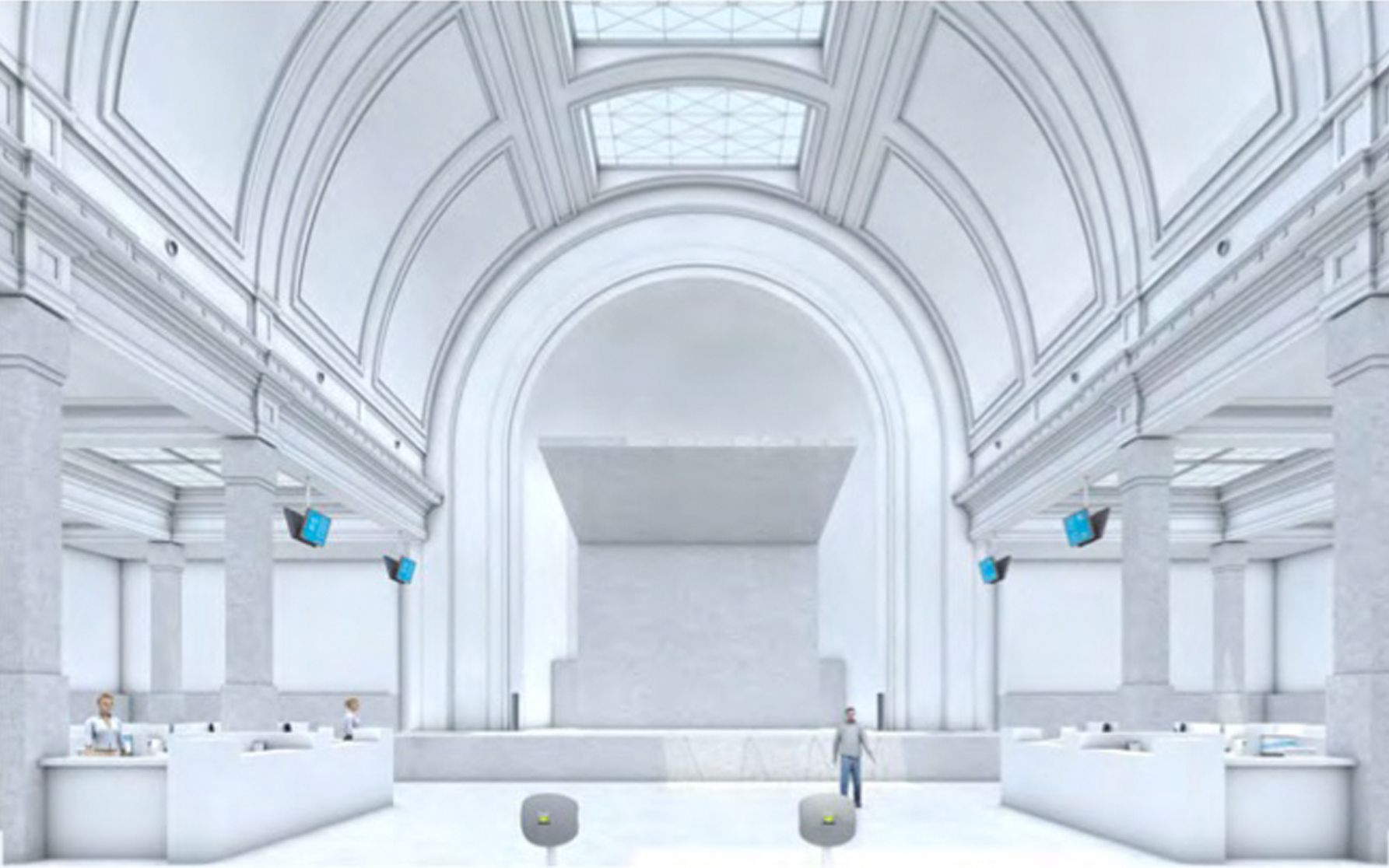 Zaal Harmonie was founded in 1846 as an event hall for hosting summer concerts and festivities organised by Antwerp's concert association. It also doubled as an accommodation and meeting place for Society members. The ensemble was designed to serve as park event hall, as a private outdoor area for festivities, and as a cultivated summer retreat. The hall was originally designed to be part of the park, with a strong relationship between inside and outside. Even after the renovation in 1890, the smooth transition between indoors and out formed the foundation of the expansion, whereby the square in front of the hall was seen as an extension of the hall itself. The pavilion in front of the main building functions as an outdoor annex for concerts and festivities. The terrace reinforces the intimate connection between inside and out. As the Society's private domain, the park has a gardenesque quality about it, which highlights its sheltered courtyard feel.

The Harmonie hall has undergone radical changes over the past 164 years, causing it to partially lose its original function and its associated qualities. Impressive photographs from 1940 reveal that Harmonie was used as a funeral hall after the bombing of Mortsel. The venue formed an honourable and respectful backdrop to this harrowing event – as if the building was destined to fulfil this role. Two changes left an indelible mark on the building. The first was a change in ownership. In 1922 the building was sold to the city of Antwerp, after which it went from private domain to public park, thereby losing its protected garden quality. The intimate relationship between building and park was also lost. The second change was functional: it was converted into a reception hall and renovated accordingly from 1977 to 1979. As a result, the ties between building and park were severed completely and the relationship between the two was lost. The closed façades created an introverted building that had turned its back on the park.

Harmonie park is a quiet oasis in a densely packed urban environment. The old trees are of inestimable value, along with the remains of the former nineteenth-century landscape. In addition to the functional objectives raised by the client, the design had to take into account the function of Harmonie park, which is a popular green space used intensively by local residents in the summer. The park was recently redesigned by landscape architects LANDarchitecten (part of the Atelier Kempe Thill design team) in the spirit of a nineteenth century landscape park, with undulating lawns criss-crossed by walking paths.

Despite the dilapidated state of the building and the previous flaws of the park, the quality of the original ensemble is still present. We consider this reference to nineteenth-century bourgeois life to be a valuable Gesamtkunstwerk and therefore propose to approach and restore it as such. As architects, we want to take a reserved and submissive approach.

In our design we propose to restore Harmonie as a monument and revert the building back to its original state as much as possible. This will logically lead to the preservation and restoration of the park in the spirit of the nineteenth century. The landscape garden will form the framework of the building and will be designed to exist in a complementary dialogue – an aspect essential to the site as a whole. The renovated ensemble will create a neutral foundation for the specific design brief. The spatial and architectural qualities of the Harmonie building, paired with the landscape potential of the park, will create an attractive recreational area popular with a diverse audience. Respectful renovation of the site is half the work.

The initial plans were to convert the building into a multifunctional space. This demanded a solution that would allow for versatile use on one hand and specific use for special events on the other. A space was sought that could function as a stable and sustainable platform that would allow for different uses and would respond to the diversity of the city as well as the needs of a heterogeneous society.

However, the programme was changed during the design process as a result of new insights. The search for a new city hall for the district of Antwerp led the client to Harmonie. A redevelopment study by Atelier Kempe Thill revealed that Harmonie hall was indeed suitable for this function. The public counters could be housed in the central hall and the side wings could be converted into offices. The former caretaker’s lodge, which was connected to the hall, would be converted into offices for the district aldermen.

The detailed tender dossier was adapted to accommodate these new functions. Construction began in 2017 and is expected to last two years.

Extremely limited additions were applied to the design in response to the client’s proposed project scope. The large central hall and the side wings will be restored. At the rear of the building, near the garden wall, a logistic zone will be created from which all offices and rooms can be managed. A modest volume will be installed to adhere to this programme.

Harmonie event hall, the adjacent orangery, and the caretaker's lodge will be developed as part of a single project. The design aims to make versatile use of the site. In the near future, Harmonie will be redesignated as a city hall, but it could one day serve an entirely different purpose as well.