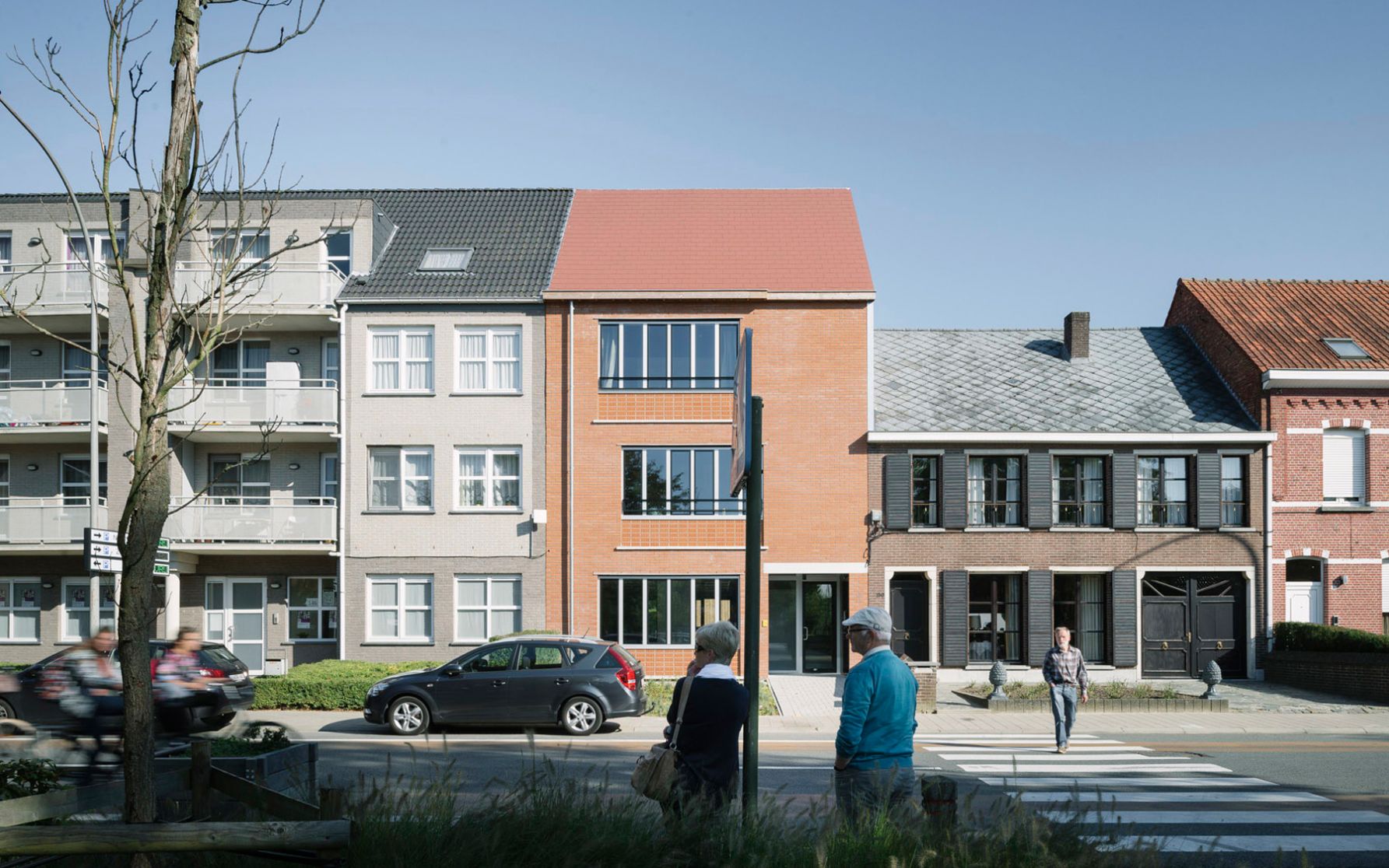 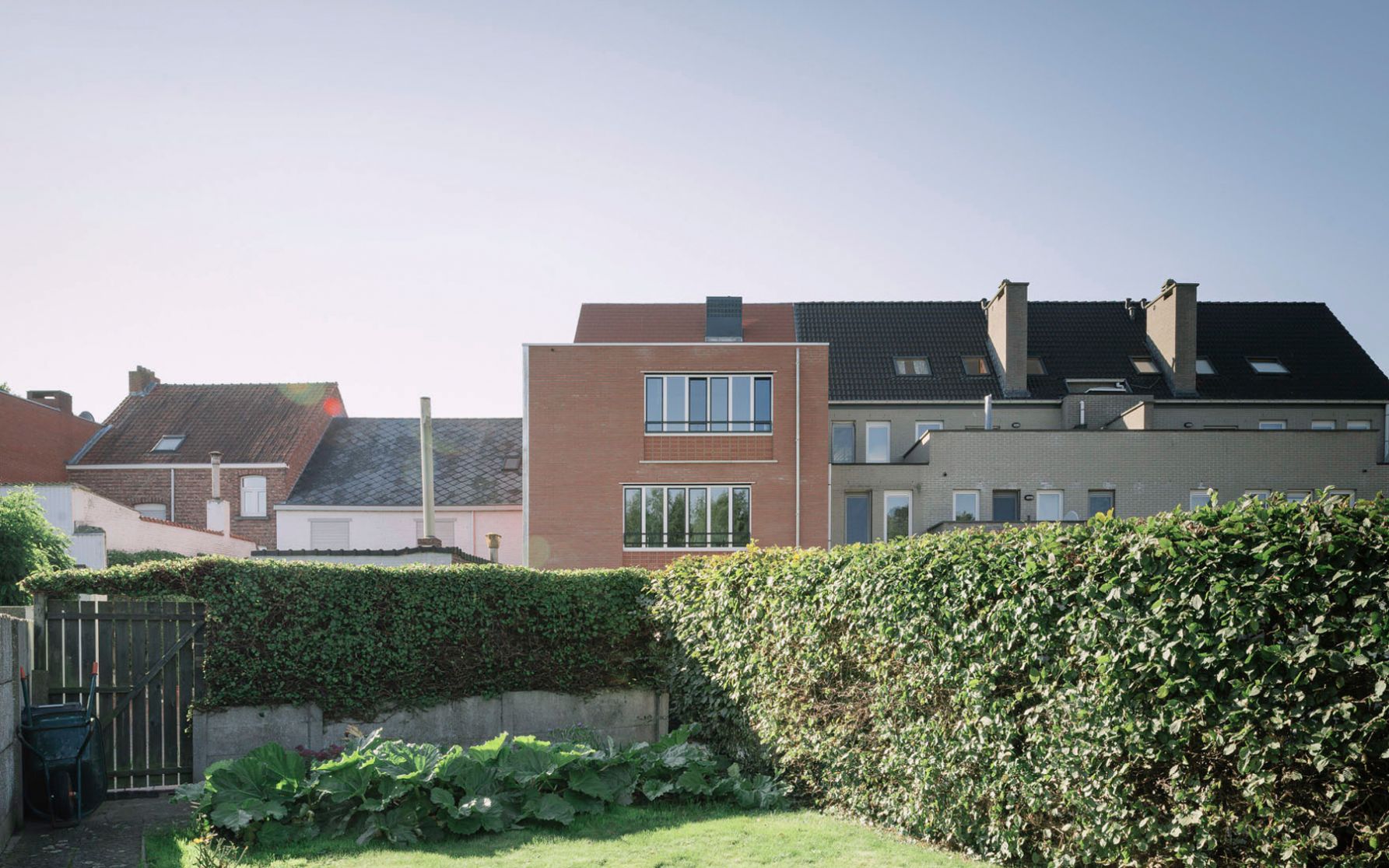 On a plot at Dieststeweg, a major approach road to the town centre, an existing terraced house was demolished. Situated opposite the plot is a youth club and town park. The replacement build provides space for an office and four residential studios.

The design aims to fit in with the existing setting by following the profile of the neighbouring three-storey property with sloping roof to the left, while the current difference in cornice height with the neighbouring property to the right has been maintained.

The materiality of the façade is a traditional façade construction, in a light red colour which has been carried through in the roofing material. Despite the variation in the façade, it forms a harmonious whole and as such, blends in with the other façades in the street. The horizontal façade opening is the same width on every floor and has been fitted with vertical white fixed frames. By finishing the parts that open in black joinery, these disappear into the background, allowing the clear vertical sections to dominate. The brickwork details in the façade emphasise these sections and uniformity. From the studios, the black joinery frames the street view or the back gardens. The urban environment becomes part of the space and extends the interior beyond its physical boundaries. Rain, sun, clouds, wind and greenery define the atmosphere of the space.

A central circulation area, accessible from both the front and rear façade, leads to the four studios upstairs. The circulation area is finished in simple concrete brickwork, and the concrete roof structure has also been left visible, in contrast to the warm wooden stairs. A skylight floods the stairwell with natural light. Rear access via the neighbouring property to the left provides great added value from a functional point of view. The rear façade is given the same status as the front, which is also reflected in the façade expression.

The studio floorplan focuses on providing a large degree of flexibility. The bathrooms are positioned along the central circulation area, so that the remaining space can be optimally used as living space and furnished flexibly by the future owner. The ground-floor office space has been designed as an extension of the space of the neighbouring property to the left.